Albany is a must-see for all visitors to Western Australia due to its outstanding natural beauty and country town charm. Albany is located on the bottom left had corner of Western Australia and is a 4 and a half hour drive from Perth.

A rugged coastline of sculpted rocks, peaceful sandy beaches and nature trails through fragrant bush awaits those with a sense of adventure, while fans of local wineries, small wine bars and historic buildings will enjoy slow walks around town.

Luxury Outback Tours are experts in this region and will ensure your trip is a memorable and special time. From the moment you set foot in one of our beautiful Land Rover Discovery 4WD’s, we’ll ensure your safety and comfort are our priority.
We have been touring in this area for over 20 years, and have built up a network of contacts to make your trip feel like you are one of the locals.

On our way to Albany and the Great Southern region, we take a break for a refreshing tea/coffee at the ‘Woolshed’ in Williams. The drive between Perth and Albany is a historic route that was used by early settlers and mail couriers Cobb and Co. The bustling rural towns along the way still bear all the trademarks of traditional country settlements.

The National Anzac Centre is dedicated solely to honouring the Anzac’s of the First World War. Set within Albany Heritage Park, the Centre offers visitors a deeply personal connection with the Anzac legend revealed through interactive multimedia displays, unique artefacts, rare images and film, and audio commentary. This is a ‘must do’ whilst in the region!

Albany, a port city, is the oldest European settlement in Western Australia and has a fascinating, rich history which has been preserved with British and French connections.

Join a tour at Whale World. This Historic Whaling Station is situated on the site of the old Cheynes Beach Whaling Company in King George Sound at Albany. Discover the fascinating whaling history of Albany. Whaling ceased operating mid-1970’s

Accommodation, The Beach House at Bayside

You must experience the Tree Top Walk. Stroll among the upper branches of giant Tingle and Karri Trees for a “bird’s eye view” of the southern forests. This is a fun and exhilarating thing to do
Nearby, under the Tree Top Walk, is a winding boardwalk that takes you through a grove of veteran Red Tingle trees called the Ancient Empire? You can even walk through the hollowed-out butt of one tree.

Accommodation, The Beach House at Bayside

The amazing talent of people, Darrel Radcliffe has extended his hobby into a scenic drive. Enjoy and fascinating Chainsaw Sculpture Drive to view many chainsaw sculptures while we slowly drive through a bush setting circuit. View over 100 pieces along the way.

Western Australia is a leading producer of Pure Australian Sandalwood Oil. We visit Mount Romance Sandalwood Factory to hear the story of the exotic oil and go behind the scenes to see the process from wood chop to precious oil.

On the return to Perth, visit The Kodja Place at Kojonup that tells the inside story of Australian country life in ways that will move and delight you. From Kojonup’s Noongar-Aboriginal and settler cultures are woven together in imaginative and richly-layered interpretations.

Trace the stories of Yoondi, Elizabeth and Maria along the enchanting pathways of the Australian Rose Maze to discover 100 years of Noongar, English and Italian experiences

After lunch, we make our way back to Perth 5.30 pm

Make It This Tour Your Own

Like this tour itinerary but want to make it just for you?

Get in touch with us, and we’ll customise a tour package just for you and your group, no-one else just the people you invite on your custom tour package

Touring at its ultimate in our luxury, modern
4WD Land Rover Discovery fleet

Other Tours & Experiences For You 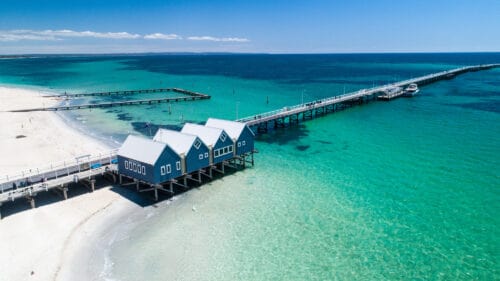 See all that the south-west of Australia has to offer. With our local connections, enjoy only the best experiences of WA in luxury & comfort.
Find Out More Margaret River, Pemberton & Albany 4-Day Tour